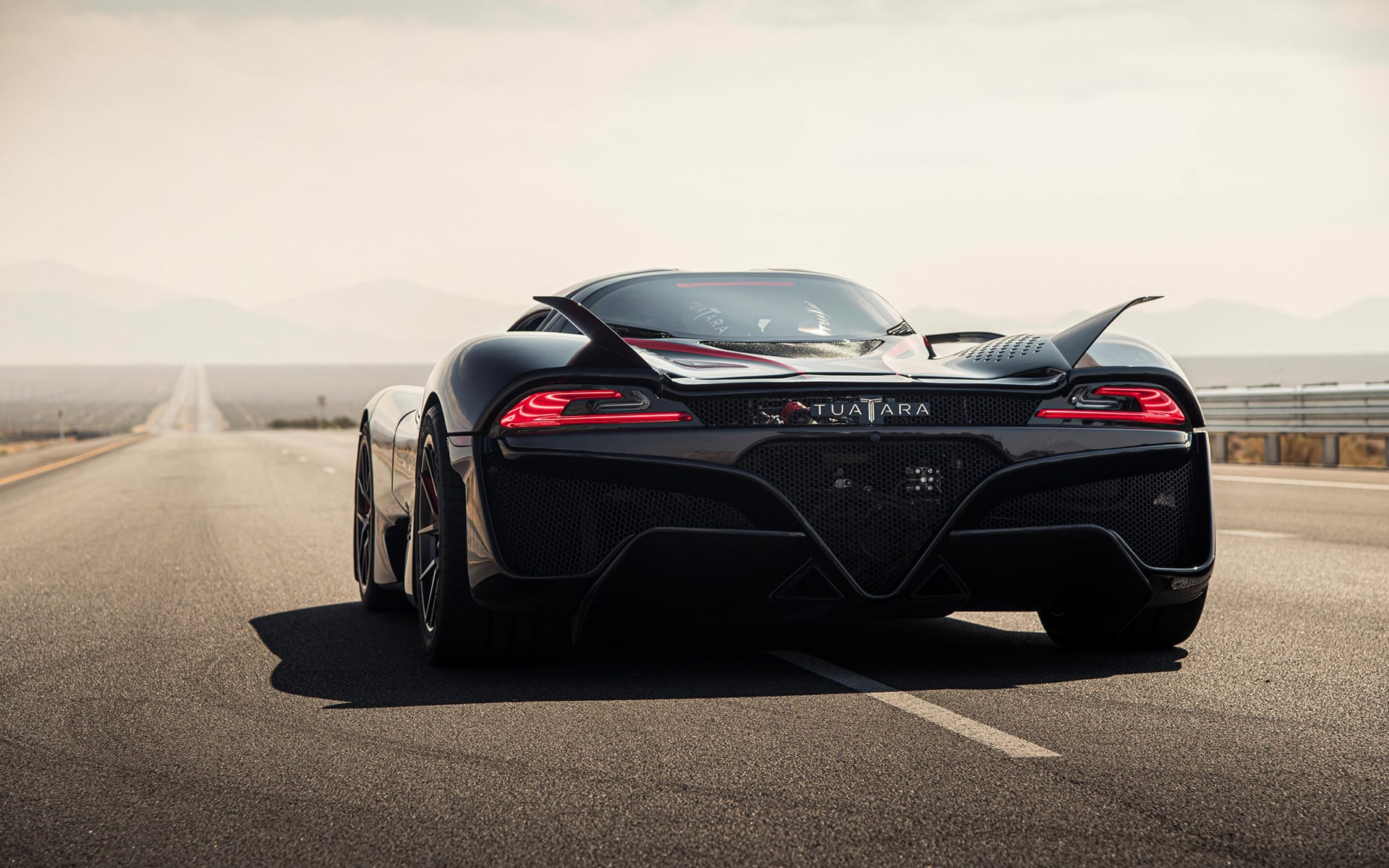 Oct 20, 2020, Dayton, OH  –  Forgeline and Dymag, co-developed wheel of choice for the world’s “Fastest Production Vehicle”, the SSC Tuatara, with a top speed recorded of 331mph.

The morning of Saturday, October 10, the team at SSC North America, along with acclaimed international racing driver, Oliver Webb, took the Tuatara down a seven-mile stretch of State Route 160 outside of Las Vegas, near Pahrump for their record attempt. The result was a new world record of 331 mph peak speed and recorded vehicle average 316.11 mph (508.73 km/h) during two high-speed consecutive runs in opposite directions.

From the Tuatara’s extremely low drag coefficient of 0.279 to the staggering power output of 1,750 horsepower, the engineering approach of SSC North America was focused and methodical. “We came pretty close to meeting the theoretical numbers, which is astonishing to do in a real world setting on a public road. America’s new claim to victory in the ‘land-based space race’ is going to be tough to beat”, said Jerod Shelby, CEO of SSC.

For the Tuatara’s wheels, SSC again turned to Forgeline Motorsports to supply their Carbon+Forged series wheels. Forgeline Motorsports, in partnership with renowned carbon wheel manufacturer, Dymag, were tasked to deliver on this extremely important dynamic and aesthetic effort. Based on Forgeline’s CF201 wheels, they utilize a 6061-T6 forged, proprietary alloy center, coupled with Dymag’s patented carbon fiber barrels engineered to offer the rigidity and durability needed to perform at the peak of hypercar performance. “The revolutionary Carbon+Forged wheels offer the most unique combination of strength and lightweight attributes in the industry,” says Forgeline president Dave Schardt. “We’re very proud to be a trusted part of this momentous victory. With our partner, Dymag, we set out to co-develop one of the most technologically advanced, hypercar wheels available. We feel, this world record set by the Tuatara, validates the dedication of our teams to deliver real world results.

Chris Shelley, CEO of Dymag stated, “Driving at 331mph on a relatively narrow road requires high wheel stability, tight manufacturing and assembly tolerances, high wheel and rim stiffness so allowing the driver to remain in complete control and have the confidence to push the Tuatara to its ultimate limits.” Shelley went on to say, “Our wheels have been tested in the lab, on track, and on-road under extreme conditions.”

Their world record was clear and confirmed, however, “There was definitely more in there,” said Webb, of the Tuatara following the record run. “And with better conditions, I know we could have gone faster. As I approached 331 mph, the Tuatara climbed almost 20 mph within the last five seconds. It was still pulling well. As I told Jerod, the car wasn’t running out of steam yet. The crosswinds are all that prevented us from realizing the car’s limit.”

SSC North America, CEO, Jerod Shelby stated, “We are truly fortunate to have trusted partners in Forgeline and Dymag. When reaching speeds in excess of 330 miles per hour, the wheels on the Tuatara are paramount to the safety of the driver and success of our company. As with all components of the Tuatara we diligently researched wheel manufacturers from around the globe and came to the clear conclusion that Forgeline and Dymag were the only choice for us. We would not trust any other supplier with such an important responsibility that is so integral to the success of SSC.”

In addition to the “Fastest Production Vehicle” record, the SSC Tuatara broke the world records for:

“We validate our engineering by building a car capable of going 330 mph. We validate our passion by accomplishing this, despite years of setbacks and challenges. And we validate our values by making sure Oliver’s safety was the first and foremost important goal of the day.”

Forgeline Motorsports is a Dayton, Ohio-based manufacturer of premium custom made-to-order automotive wheels for specialty vehicle builders, professional racing teams and enthusiast owners of exclusive sports cars and muscle cars. For more than 25 years, they have applied their racing experience and passion for motorsports toward engineering and building wheels which can withstand the extreme demands of sports car racing. With an unwavering commitment to strength and safety, Forgeline has earned a spot on some of the world’s fastest vehicles, including multiple world-record holding hypercars, those competing in IMSA, Pirelli World Challenge, Trans Am and virtually every road racing series in America.

Always at the forefront of materials technology over the past 30 years, Dymag has progressed to be recognized as the world’s leading carbon auto and motorcycle wheel manufacturer in the 90s and 2000s.

Founded by Jerod Shelby in 1998 in Richland, WA, SSC North America is the American hypercar company that created the Ultimate Aero and Tuatara. The Ultimate Aero, previously held the “Fastest Production Car” record, from 2007-2010, after it clocked 256.14 mph. It still stands among the fastest, most versatile supercars on the planet, and has served as the foundation for what would become the Tuatara hypercar. In 2020, the Tuatara reclaimed the world record for SSC, with an average of 316.77 mph. SSC North America is producing 100 SSC Tuatara hypercars. High-speed, high-downforce, and track versions are available to customers. For more information visit www.sscnorthamerica.com